Self-described polemicist Ann Coulter is well known for embracing elimination rhetoric. She equally enjoys mocking the recently deceased and those grieving their loss.

2018 would prove no exception to the Coulter Ghastly Eulogy Rule. Coulter’s tongue-in-cheek tweet must have sliced into the hearts of the bereaved who knew of her hatred for them. 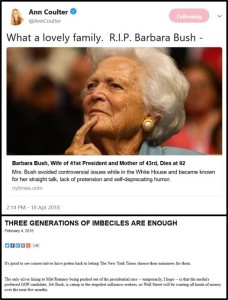 With the passing of President George H.W. Bush, Coulter kicked her Defaming the Dead and Bereaved Shtick into high gear without a moment’s hesitation.

Coulter deliberately and maliciously published her weekly column early to taint George H.W. Bush’s public funeral at the National Cathedral. She sought to coincide her smear job as closely as possible with the funeral services.

In her column, Coulter totally disparaged the accomplishments and character of a true American war hero, public servant, and an honorable, God-fearing family man. 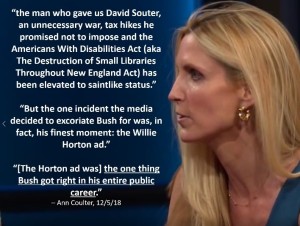 Instead, she claimed that the Willie Horton ad was “the one thing Bush got right in his entire public career.”

In addition to a very flawed reading of the man and his presidency, Coulter got one crucial detail totally wrong: Bush did not produce the Horton ad; rather, it was the product of the National Security PAC, which, by law, was not allowed to coordinate its activities with a particular candidate.

One of Bush’s most striking accomplishments was his nomination of Justice Thomas to the Supreme Court!

Coulter’s close friend, Greg Gutfeld, had this to say:

“When you thought of Mr. [George H.W.] Bush, what did you most think about? Patriotism, duty, family, faith. Isn’t that the stuff that is openly mocked today by pop culture, the media, academia? … Yet, this week, those were the things that mattered!”[1]

Well, apparently not to Coulter. 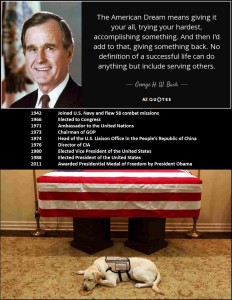 Coulter’s column (in lieu of an actual eulogy) totally misrepresented the man, his character, and his presidency. Coulter claimed that Bush’s finest moment was the 30-second Willie Horton ad that, in fact, Bush had nothing to do with.

Rather than enumerate his many accomplishments over a lifetime of public service (beginning as an American war hero), Coulter denigrated him at every opportunity.

Bush was her political foe (on her issues) and, therefore, an evil person.

Coulter even managed to get a dig in for both the McCain and Bush families. (Classy!) 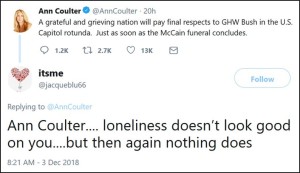 This is how most Americans remember George H.W. Bush and Barbara Bush. 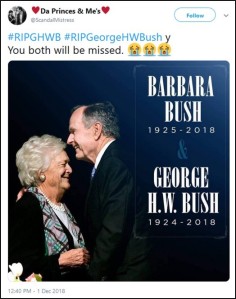 “In Bush’s funeral this week we remembered how long we have endured this wasteland of character.”

“Perhaps the strongest note of wistful longing in Bush’s funeral was the lifelong example of a leader who lived by a set of transcendent values.  Honor, friendship, loyalty, honesty – Americans have always believed that these immaterial attributes were the basis of a good life.”

Common human decency and honor continue to elude Coulter. Perhaps that’s why so many people regard her as heartless.

Joker: Ann Coulter Unplugged provides an in-depth, detailed analysis in this holistic exposé of how and why Coulter has become the polemicist whom people either love or hate.